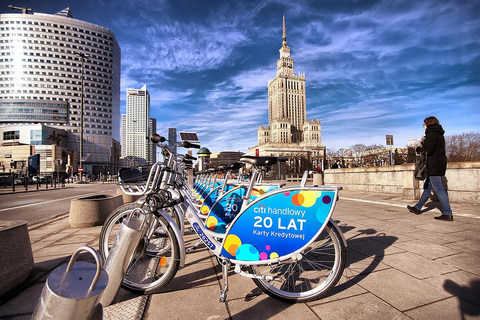 Since 2012 nextbike Polska on behalf of the City of Warsaw has successfully been providing the bike sharing scheme Veturilo.

Due to high demand the city had put an expansion out for tender which nextbike won again. With the start in the new season Veturilo has now 4700 bikes, e-bikes and kids‘ bikes which are available at 300 rental stations.

Right now nextbike is setting up a new bike sharing scheme in Berlin with 5000 bikes at 700 stations. Upon its completion in 2018 it will then be nextbike‘s biggest scheme.

nextbike is European market leader in bike sharing. We like to share and thus mobilise millions of people in a sustainable way. As micro mobility pioneers, we have been developing smart bike sharing schemes since 2004. Currently, we have established bike sharing as an elementary component of urban mobility in over 300 cities worldwide.